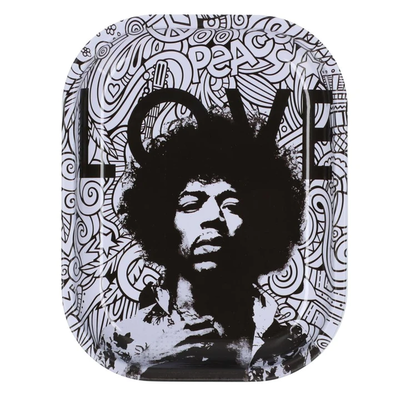 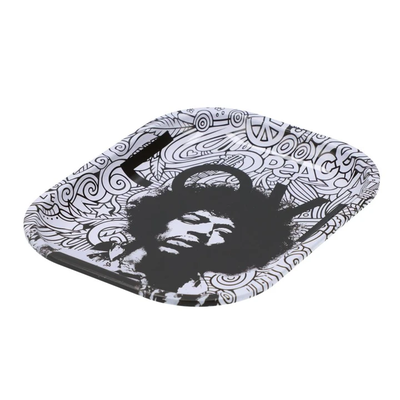 The Love rolling tray lets you roll with ease. Keep all your accessories in one place with this aluminum tray. This small size tray measures 18x14cm/7x5.5” so you’re able to bring it on the go or keep it at home. Love has a non-stick surface so all your favourite stuff doesn’t get stuck to it. The edges are rounded to prevent losing herbs in the nooks and crannies.

Love is a white tray with stunning black and white imagery. Featuring a large photo of the rock legend with the word Love written above and surrounded by a weaving and winding black pattern of love and peace.