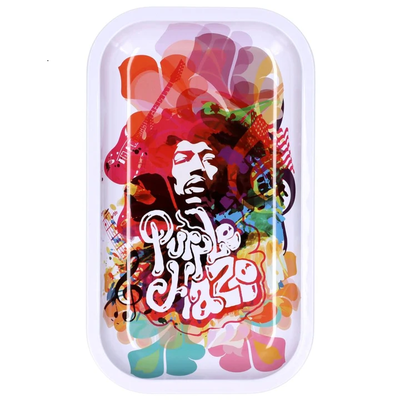 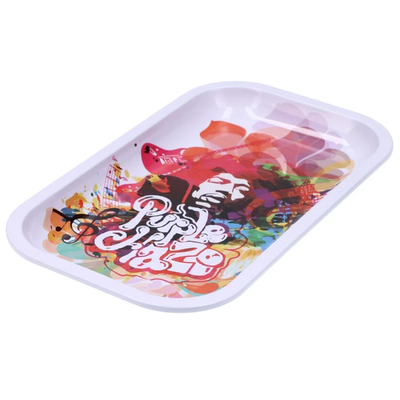 The Rainbow Haze rolling tray lets you roll with ease. Keep allyour accessories in one place with this aluminum tray. This medium size tray measures 27x16cm/10.6x6.3” so it’s perfect for on the go, or sweet sessions at home. Rainbow Haze has a non-stick surface so all your favourite stuff doesn’t get stuck to it. The edges are rounded to prevent losing herbs in the nooks and crannies.

Rainbow Haze is a white tray with an explosion of rainbow colors behind an image of the iconic rock legend. The background features flags, guitars and music notes. Underneath the words Purple Haze are written in large white font.