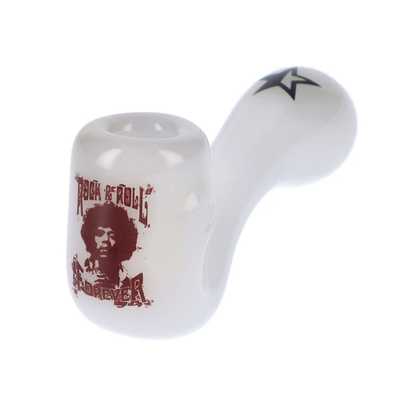 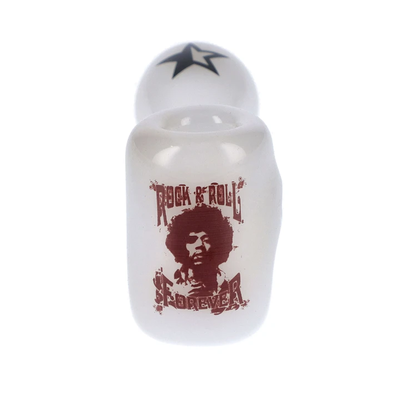 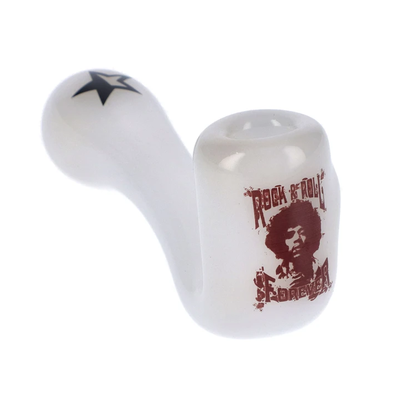 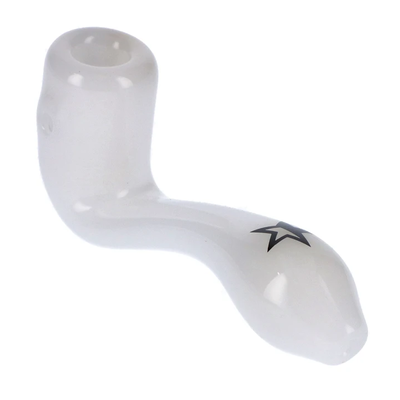 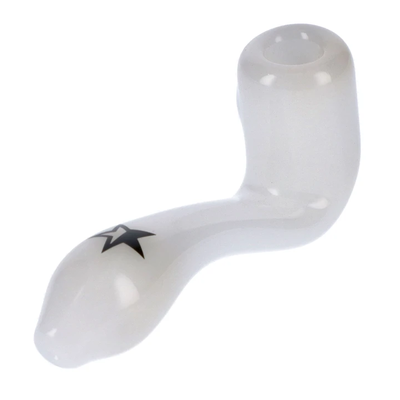 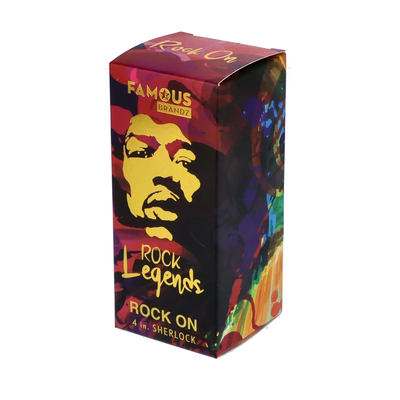 The Rock On sherlock hand pipe is made from thick, handblown borosilicate glass. Only 4”/10.16cm in length, it fits perfectly in your hand and is great to take on the go. Rock On features a deep bowl that is able to hold a large amount of herb. It has a fixed screen to prevent debris from falling through the hole. This pipe is equipped with a choke/carb on the left side of the bowl. A choke or carb helps regulate air flow and makes your hit smoother. The mouthpiece has a built-in ash catcher to stop remains from leaving the pipe while smoking. Easily clean it using 99% alcohol or a quality glass cleaner.

Rock On is a white sherlock pipe that’s emblazoned with the classic black Famous Brandz star on the mouthpiece. It is also embellished with an image of the rock legend in between “Rock N Roll Forever” font.