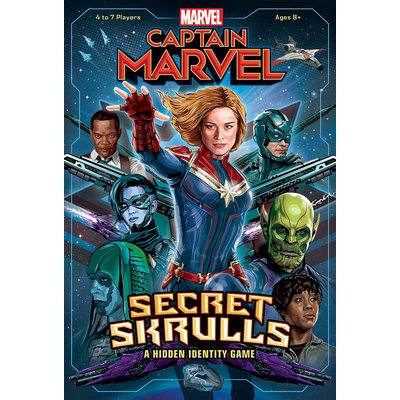 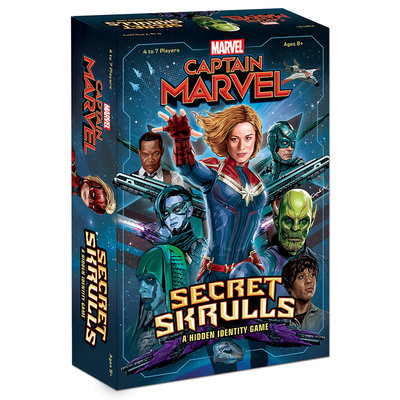 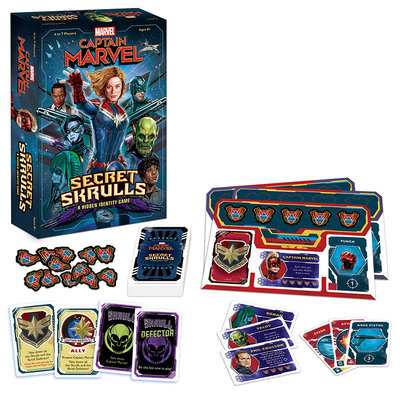 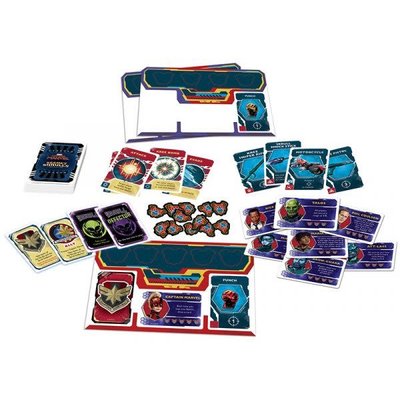 There's a new Captain in town... and she's taking no prisoners! In Captain Marvel: Secret Skrulls, Earth is caught in the crossfire of an intergalactic war, and conflicting forces are shrouded by the guise of shape-shifting Skrulls. In this hidden identity game players take on the roles of their favorite Marvel characters, including Nick Fury, Korath, or Captain Marvel herself as you decide whom to trust, defend your alliance and battle for victory.

Captain Marvel: Secret Skrulls is a hidden identity game where players take on the roles of their favorite Marvel characters, including Captain Marvel herself, to defend Earth in an intergalactic war against shape-shifting Skrulls in disguise. Players must decide whom to trust, defend their alliance, and restore the planet’s virtue. Based on the popular game mechanic of BANG!